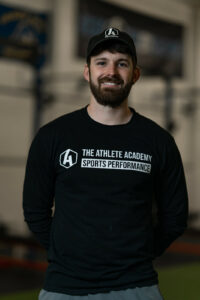 Prior to founding The Athlete Academy, Cody served as 3-year Undergraduate Volunteer Strength & Conditioning Coach at Salisbury University, under the 2017 Strength Coach of the Year, Coach Matthew Nein. In addition to Coaching, he served as a Leader & Member of the Salisbury University Laboratory for Human Performance, under Dr. Scott Mazzetti. Cody also was formerly the Director of Sports Performance at HAVAS, a youth Training Facility and a private Speed & Sports Performance Coach.

When not in the the facility training athletes, Cody likes to spend time with his wife, Taylor, his Doberman, Maci, hiking, smoking foods and or playing anything athletic and competitive. 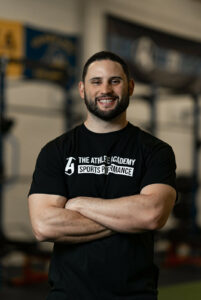 After his Lacrosse career, Ryan worked within the Sports Performance Department at Salisbury University for 2 years before taking on many prestigious Internships with The University of Delaware and Elite Training Systems in Whitby, Ontario. Upon graduation from Salisbury, Ryan went on to serve as a Graduate Assistant at Webber International University in Babson Park, Florida, where he was the Head Strength & Conditioning Coach for the Baseball and Women’s Basketball programs. Most recently, Ryan served as the Regional Performance Director at Power Train Sports & Fitness where he received experience training Elite High School, College, and Professional Athletes.

Ryan has a passion for making athletes realize their full life potential on and off the field. When Ryan isn’t working with athletes or hanging out with his fiance, Krista, and their dog, Nala, you can find him in the woods bowhunting, mountain biking, hiking, or on the mats getting choked out in a Brazilian Ju Jitsu class. 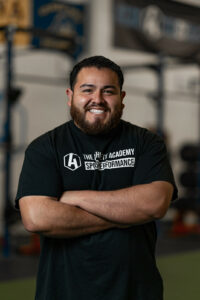 Ricardo has been a Sports Performance Coach at The Athlete Academy since it was founded. During his time he has worked with Division I-III Athletes and Professional Prospects looking for the competitive edge. Coach Ricardo has extensive experiences with developing Youth, High School and Collegiate athletes. In addition to training at The Athlete Academy, Ricardo is the James M. Bennett Head JV Football Coach. He is a Certified Speed & Agility Coach through the National Sports Performance Association, and has a passion for all things Sports Performance. 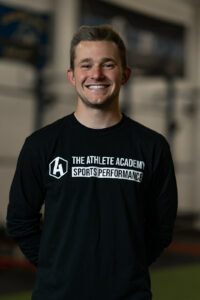 Will joined the team after completing his Intership through Salisbury University, where obtained his Bachelors Degree in Exercise Science. Since his time at The Athlete Academy, he’s quickly moved up from a Sports Performance Coach and now heads the Sports Sciences Department. He’s Coached many Athletes from Youth, to High School and College DI-DIII levels. In addition to Training at The Athlete Academy, he is a Head Travel Soccer Coach for SUSC & the Assistant Girls Varsity Soccer Coach for Stephen Decatur High School. He is a Certified Speed & Agility Coach through the National Sports Performance Association, and has a passion for Sports Sciences and Sports Performance Improvement.